All the latest news from the automotive industry
Home Car News This new Startup Company From Dubai made a New Car which Is... 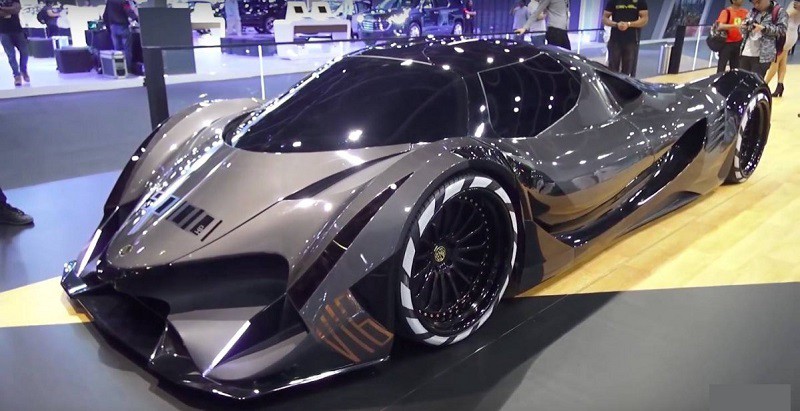 In 2013, a Dubai based Start-up Company called DEVEL revealed their plans to manufacture a car or to be precise, a hyper-car that was expected to have a horsepower of 5000hp with a V16 engine.

Sounds a little too ambitious for a star-up company right?

That is exactly what people thought for a long time, for 7 years this idea of a hypercar with a power of  3,728-kilowatt was thought of to be vaporware only but later on, in 2017 the manufacturers went on to release the production form of this car at the Dubai International Motor Show.

The car had been expected to release in late 2019 but that never happened and no official statement has yet been received about its actual release except that it is going to come very soon.

The design of this car is inclined towards manifesting the physical attributes of a creature or a being other than just an automobile. It aims to provide an insight as to what it will be like to ride in a car of the future.

The car has been designed in Dubai but will be manufactured in America, Texas. The company has decided to build only seven models of this car per year.

The Interior of the actual car is going to showcase much difference from the prototype after its actual release but some features like that of the shape of the steering wheel, the center dash, the camera that gives you the view from behind once the car is turned on, are going to remain same. They have also replaced the left and right side mirrors with a camera on each side respectively.

The company has expressed its desire to make the inside of the car feel like a Rolls Royce and the outside to look rather lustrous. They also mentioned that the design of the car is inspired by a jet fighter.

The car is so low to the ground that you can feel the road while driving it and all the while its driven rather smoothly which one would not expect from a car of its stature.

The engine makes a roaring sound which is expected to amplify after the creation of the actual version. The prototype car has a torque of 3757 N-m and weighs about 2300 kg.

LEGEND IN THE HISTORY OF SUPERCARS DEVEL SIXTEEN
IS INSPIRED BY A JET FIGHTER Devel Sixteen has its own engine one single block 12.3 Litre 81 mm Quad Turbo
Sixteen cylinders

This yet to be released car has already garnered a solid fan base with over 248k followers on the car’s official Instagram. The fans are anxiously waiting for the release of this 5000hp beast but the company still has a long way to go before the car will be able to hit showrooms.