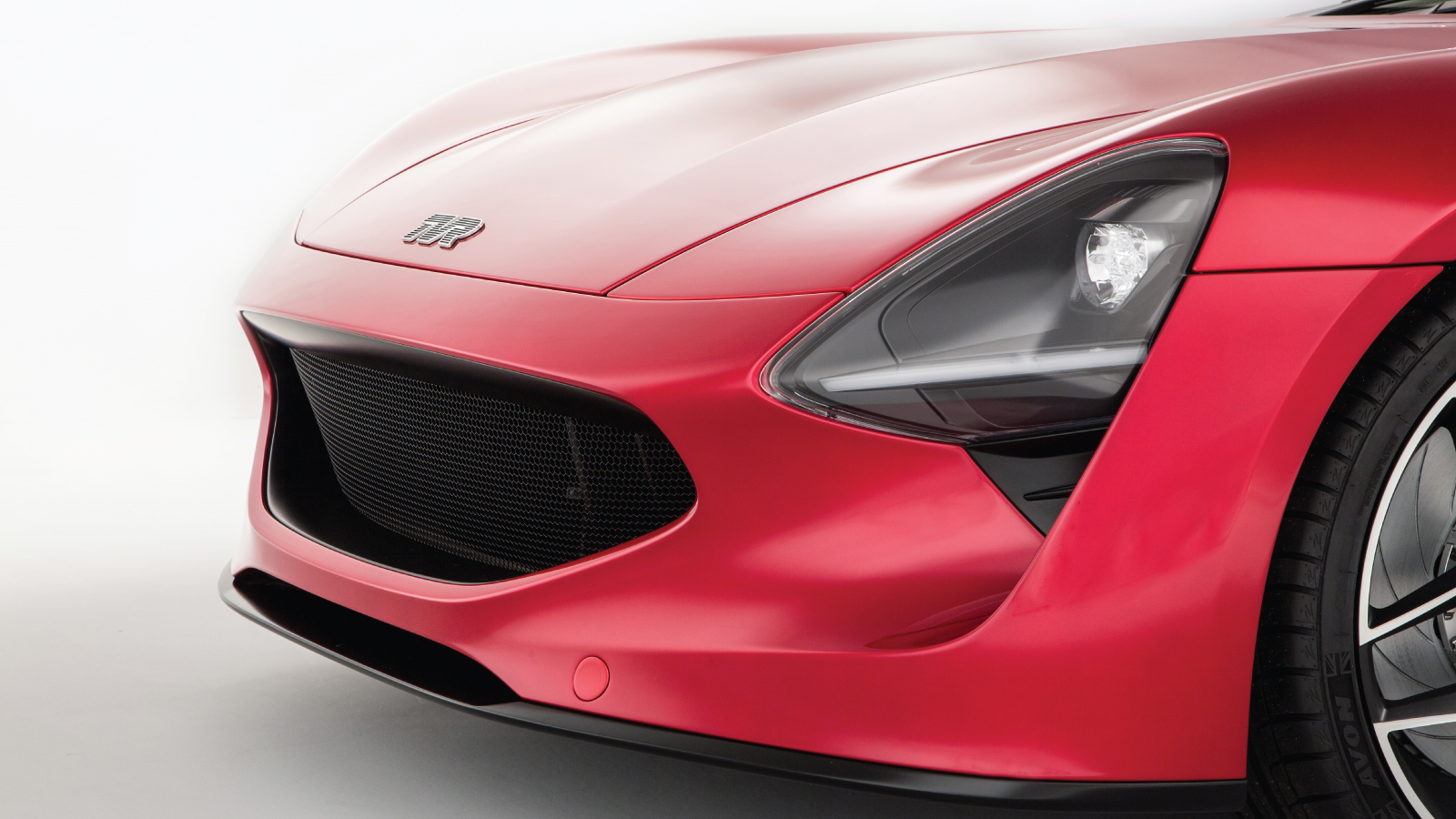 The TVR Griffith was debuted in 2017 but due to some manufacturing delay the new model is yet to grace us with its presence, but according to recent news it will hit the road in the first half of 2020. With the use of Gordon Murray’s iStream construction technique Griffith enhances its features, further with combining tubular steel frame with carbon panels it takes the weight of 2,755 pounds.

The design of the TVR Griffith needed some more work like the interior designing where the seats are not right due to which the cabin need some more work, the inertia reel belts are absent and the rim is loosely combined which can be quite bothersome in the long run. The overall basics are spectacular, though. Apart from these faults the access is impressive meaning it’s compact but not tiny and definitely not claustrophobic.

The gearbox is mounted at the back of the engine and not in the front which helps it achieving that classic look that we all admire. the engine comes into life. It is a little noisy as compared to other super-cars but that’s what makes it unique and different. It is uniquely unfiltered and real.

The bodywork and design is really futuristic as the V8 is tucked on the right back and is extremely low: “It’s dry-sumped, which has helped give us the low bonnet line, but I will admit that we only get to 50:50 with a driver and full tank of fuel,” claims Edgar. “It is traction limited at low speed, but once you’re moving the downforce starts to work really well from 60mph.” And not just downforce. The bonnet vents are linked by holes in the inside tray, allowing air to pass vertically around the catalysts.

They are testing out crash saving. The Griffith doesn’t have the traditional framework, instead it uses deformable and changeable crash structures on the front and back are designed in such a way to drive the crash forces away from the car instead of towards it. Computer simulations have been practiced and it is looking really positive.

“ The all new TVR features a 5.0 litre V8 powerplant with custom clutch, flywheel and ECU. In addition, a dry-sump and other enhancements by Cosworth together with a 6-Speed manual gearbox from Tremec are designed to deliver a class leading 400 bhp per tonne power-to-weight ratio.”

The TVR brand is so strong that the producers believe people will line up in front of stores when the car is finally available for the public hands. People want o associate themselves to the brand that is TVR, so popular, relevant and sophisticated. “You are what you drive” is the motto they believe in because they are so loyal to the brand that even before the Griffith is launched, they are all rallying behind it in support of it.

There is no doubt that when the time comes and the car is released there will be a frenzy of car lovers piling in front to get their hands onto it. This is not only because of it being a super-car but also because TVR has created its name by building customer trust, no matter what is produced people have faith that the product would be authentic and worth their money.