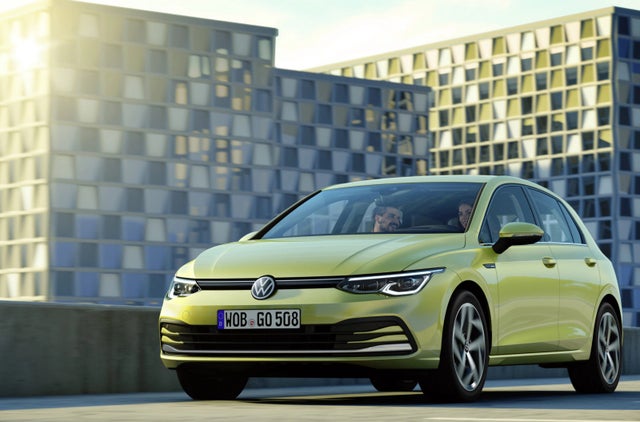 Introduced in Wolfsburg on 24th October in 2019, the new Volkswagen Golf R Mk8 belongs to the eighth generation of the Volkswagen Golf series. This Golf VIII is a compact car with a hatchback included, similar to the previous Volkswagen Golf.

This series has allowed the German automakers, VW to enjoy great prestige in the automotive industry due to its prevalent popularity.

Among their other popular automobiles, the Beetle series had also garnered much love but with this new Mk8, the automakers, albeit still follow the same car manufacturing ritual, but it can be observed that their motif has now skewed towards producing more Electronic Vehicles (EV) as they had also previously stated that they aim to have at least 30 Electronic Cars under their belt by the end of 2030. 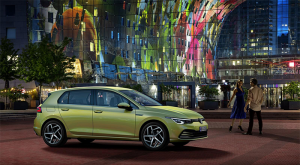 Volkswagen says the new Mk8 Golf is the most sophisticated Golf there’s ever been, and given it features an almost entirely digital cockpit, uses never-before-seen hybrid engines and boasts a raft of driver-assistance system.

Since the release of the first-ever VW Golf, the design of the car has seen to be constantly refined, enhanced and improved to suit the liking of the brand’s admirers which leads us to this newest change that has been made to the Golf series, they said ‘Mk8’.

The exterior of this five-door hatchback has been evolved dramatically. You get newer LED lights with more aggressive bonnet creases. There are also newer wheel designs with the addition of a new character line that now runs across the full length of a car, a new C pillar with a set of new lamps and a pair of fake exhausts.

The interior of the Mk7 was a lot simpler in comparison to the new Mk8. It consisted of various physical buttons and a lot of straight-line but with this new version they have gone for a more futuristic vibe with their digital cockpit that is now standard across all the versions of the Golf and give digital reading of your speed and other driving data.

Not every collision brings a car to stop. That’s why our vehicles include the Automatic Post-Collision Braking System. It can also help slow the vehicle down after a collision, helping reduce the chance of any additional impacts

The interface though, due to its sophistication is rather hard to use because the system is completely changed and new. Other than that, you’ve got a 10″ entertainment screen that can be used for various purposes such as finding your point of interest, news updates, etc. 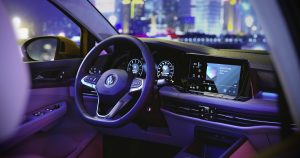 From warming your hands to finding you the best place to eat, the Golf VIII can do it all. It also includes semi-autonomous travel assistance that can drive up to a speed of 130 mph.

It can also detect when the driver is touching the steering wheel through its sensors and in case of inactivity for more than 15 seconds, there is an emergency braking system that will stop the car safely.

It is the first Volkswagen car to have the option of connecting with other cars and the traffic infrastructure. The user also has the golden option of upgrading the car by adding newer features.

With a powerful 4-cylinder engine, the Golf R boasts 288 hp and 280 lb-ft of turn-twisting torque. On the road or track, the Golf R has been designed to fire on all cylinders.

This turbocharged 2.0-liter petrol engine of the car can produce around 300hp in the basic model of the car and can increase up till 400hp in the fancier versions of the car. It can also shoot from 0-62 mph in four seconds. It will also be the fastest Golf to have been sold to date.